“Handsome brindle and white masculine dog of good moderate size.  He is very clean and smooth over the shoulders and at the withers.  His balanced body and strong rear showed in the smooth and efficient movement.  He was one of the soundest of the day….” H. Red Tatro III from 2013 North Central Specialty 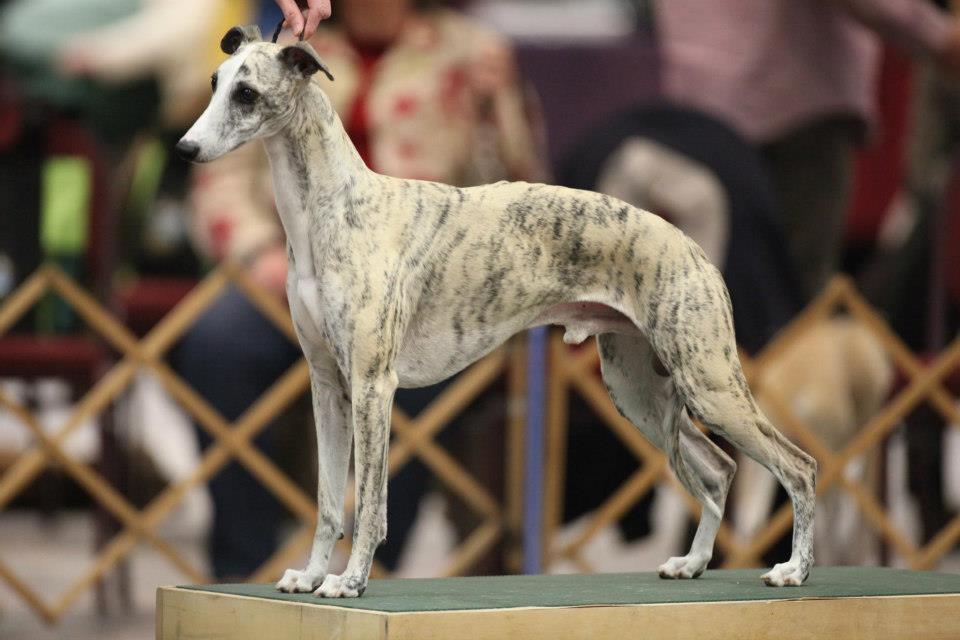 Norris has been truly an amazing dog; successful in his show career and a proven stud dog. His wonderful and silly temperament has been passed along in his puppies; as well as his soundness of body and mind. He will be the solid foundation of our new kennel.

Norris is my heart dog, he had me as soon as I received a photo of him at a young age…..Kay called him the ‘Fat Grey Rat’.  Look at how fat this puppy is, he’s as wide as he is long, and he’s GREY and FUZZY?!?!  I wasn’t planning on getting another whippet so soon but after seeing this picture, I had to have him – wouldn’t you? 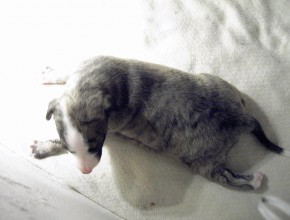 Norris as a baby

I had no idea what I was doing in the ring but I had AMAZING friends who took me under their wing and helped me along the way!  My first experience in the ring was with Kent Delaney – and if you all know Kent you’re already going ‘oh boy…’…  Well I was so focused on getting Norris stacked up correctly that I didn’t notice that his ear was wonky.  ‘Can you fix his ear please?’…..then he laughs and looks at the crowd.  Then we are going around the ring for WD (he was the only on in his puppy class)  and he chooses WD (Norris’ dad).  Well I knew from my training it’s not over and to make sure your dogs is stacked and ready to be looked at again for Reserve.  Well I’m frantically stacking this wiggly puppy who is chewing my fingers bloody as people are clapping and cheering..FINALLY I look up and see Mr Delaney standing right in front of me pointing at me.  ME!?!?  I TOOK A RESERVE?!?!  On your first day in the ring going reserve was HUGE – it only gets annoying after the 345 time….

Norris was a natural, he would stack himself and stand there – but as soon as he heard the wrapper of the cheese or the Velcro of the bait bag he would launch himself at me.  From his first day in the ring until now – he still hurts my fingers every time we show – there have been many times where I have been wiping up the blood from my thumb off the mats in the ring – gross I know, but it’s Norris!! 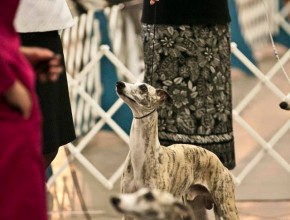 Norris would go on to a Best In Sweepstakes win at the Duluth Supported Entry, a champion at 20 months of age, Grand Champion 12 months later, and then finally up to a Silver Grand Champion.  He excelled in the show ring with this first time handler.  He loves to show, have his cheese and be with his mama!  He and I have become a true solid team! 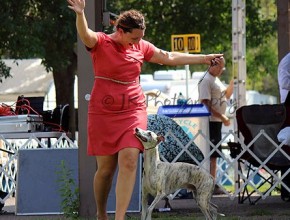 Norris’ biggest win was Select Dog at the 2014 Whippet National under judge Pauline Oliver.   It was such an honor to have won this prestigious award.  As I was looking around and seeing all these gorgeous dogs, with folks that have been doing this for 30+ years it meant the world to me that Norris and I had achieved this award; as well as so many other in his career. 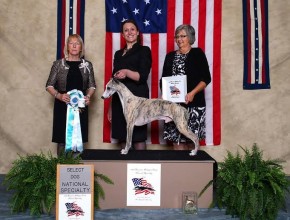 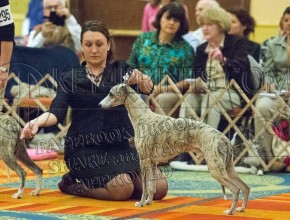 He is now happily retired, I bring him out every once in a while as he loves to show so much – and they get so much better with age.  He is a gorgeous boy that has stolen my heart.